TIME Dealer of the Year Award has been called the most prestigious award a new car dealer can receive. The program was originated to call attention to new car dealers in America who exhibit exceptional performance in their dealerships and distinguished community service. 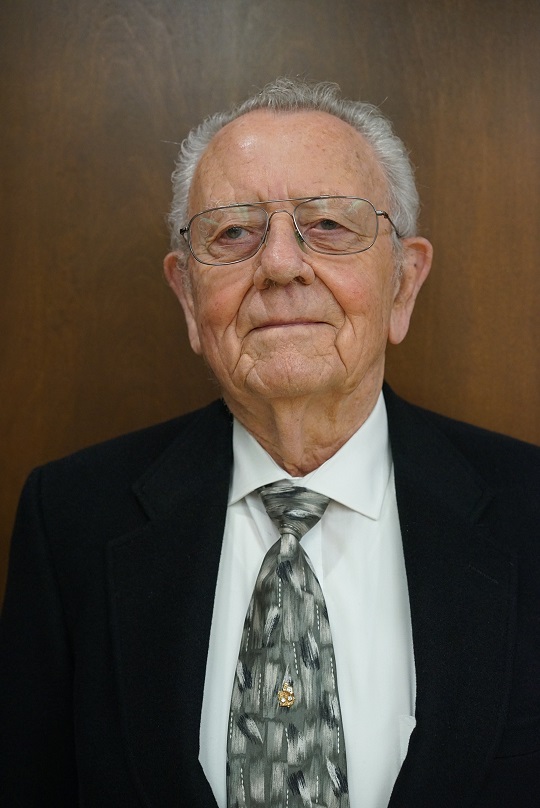 (New York, NY, October 23, 2020) – The nomination of Marvin “Marv” McCord, president of McCord’s Vancouver Toyota in Vancouver, Washington, for the 2021 TIME Dealer of the Year award was announced today by TIME.

Marv is one of a select group of 40 dealer nominees from across the country who will be honored at the 104th annual National Automobile Dealers Association (NADA) Show being held virtually February 9-11, 2021.  The announcement of this year’s annual award was made by Viktoria Degtar, Global Chief Revenue Officer, TIME, and Doug Timmerman, president of Auto Finance for Ally Financial.

The TIME Dealer of the Year award is one of the automobile industry’s most prestigious and highly coveted honors. Recipients are among the nation’s most successful auto dealers who also demonstrate a long-standing commitment to community service. Marv, 85, was chosen to represent the Washington State Auto Dealers Association in the national competition – one of only 40 auto dealers nominated for the 52nd annual award from more than 16,000 nationwide.

“My largest contribution throughout my 60-year career has been the personal and professional growth of our team,” nominee Marv said. “In addition to their financial independence, I love to see the continued development of our employees, some of which have worked here for most of their careers and are successful in many ways.”

Marv served in the United States Air Force from 1954 to 1957. His automotive career was launched in 1959 when he and his father opened a used-car lot, McCord and Son, in Sacramento, California.

“My father and I navigated the late 1950s into the mid-1960s managing all aspects of a small car lot, specializing in sales and some service repair,” he said. “We were a two-man show, staying busy serving our community and valued clients.”

When his father fell ill in 1965, the duo decided to close the business, but Marv knew he had found his true calling and wanted to continue his career in the retail automotive industry. He landed a job at a Lew Williams Chevrolet in Sacramento and set out to learn everything he could about new-car sales.

“I dug in and quickly became one of the top sales consultants,” he said. He expanded his knowledge and became well-rounded in handling the entire vehicle transaction, including F&I (Finance & Insurance.). His hard work paid off and Marv was named general sales manager at Lew Williams Mazda, also in Sacramento.

He later moved to two other Toyota stores in Sacramento and continued to gain experience in all aspects of dealership operations. “I had a deep passion for the automotive industry and longed to own a Toyota store,” he said. Marv had the opportunity to buy a Datsun dealership in Longview, Washington, in 1977, so he made the move north and owned that business until 1982 when he opened McCord’s Vancouver Toyota.

“Decades later, we still focus on our incredible people, process and product and have become one of the Portland area’s most successful dealerships,” he said. Marv is proud to have received the prestigious Toyota President’s Award three times, and his dealership has been voted the Best of Clark County in the new-car dealer category by the readers of The Columbian for five years in a row.

Marv has shared his industry insights and expertise while serving on the board of the Washington State Auto Dealers Association. “The opportunity to collaborate, communicate and brainstorm with colleagues who are equally eager to elevate our industry was invaluable,” he said.

In the area of community service, Marv ensures his contributions provide financial relief so each organization can focus on its core mission. He supports the Pink Lemonade Project (educates, empowers and supports those affected by breast cancer); PAL Vancouver (Police Activities League that promotes positive relationships between the police and local youth); and West Columbia Gorge Humane Society (a no-kill animal shelter), to name a few.

“We hope to help these organizations thrive by having a community partner that will stand behind them,” he said.

Dealers are nominated by the executives of state and metro dealer associations around the country. The award is sponsored by TIME in association with Ally Financial, and in cooperation with NADA. A panel of faculty members from the Tauber Institute for Global Operations at the University of Michigan will select one finalist from each of the four NADA regions and one national Dealer of the Year. Three finalists will receive $5,000 for their favorite charities and the winner will receive $10,000 to give to charity.

In its tenth year as exclusive sponsor, Ally will also recognize dealer nominees and their community efforts by contributing $1,000 to each nominee’s 501(c)3 charity of choice. Nominees will be recognized on AllyDealerHeroes.com, which highlights the philanthropic contributions and achievements of TIME Dealer of the Year nominees.

Marv was nominated for the TIME Dealer of the Year award by Vicki Giles Fabré, executive vice president of the Washington State Auto Dealers Association. He and his wife, Shirley, have two children.