SAVE THE DATE:
2020 Dealership Day will be Tuesday, February 4th. 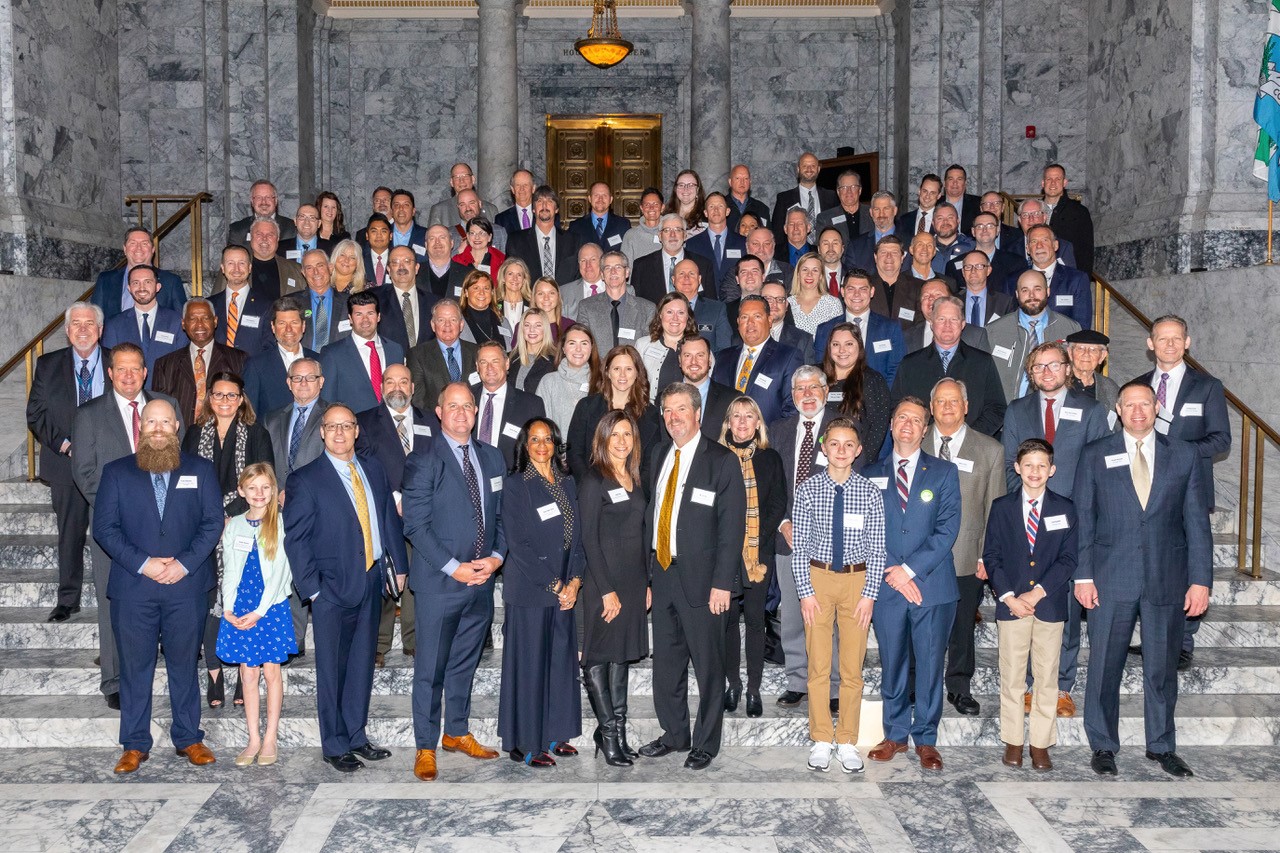 Thank you to all the dealers and dealership employees who participated in Dealership Day 2019. Facing the imminent threat of massive increases in B&O tax rates and a potential capital gains tax, a record number of attendees came to Olympia for 135 legislative appointments. Specifically, Washington new car and truck dealers and dealership employees met with state legislators to discuss:

1. The unfair impact of the B&O tax. Even at the current B&O tax rates, the average Washington dealership pays $318,400 in B&O taxes annually, for an effective income tax of 24%. That’s twice the rate of the next highest state, California, which has a top income tax bracket of “just” 13.3%.

3. Dealers support tax reform discussions. WSADA supports tax reform efforts that focus on tax relief for low-margin businesses. While a recent bill that would have formed a bipartisan workgroup to study the issue has not advanced, legislators continue to discuss the issue.

*Gary Gilchrist was unable to attend but scheduled separate personal appointments prior to Dealership Day.

Congratulations to our Dealership Day winners, who won some amazing prizes: